I am getting very excited about the Tawny Box project at Yew View! If you follow my blog, then you’ll know that this pair have nested for the last 2 years in this location and this year I designed a new nest box and built it with the help of friend, Dave.

I have built this box to house two internal cameras, placed perpendicular to each other. I started with the camera I used last year; a Vivotek that I have used a lot in these boxes. It is a great little camera, but it has it has its limitations.

My initial set up had the Vivotek in one position and a little Hikvision mini dome camera in the second position. I was so pleased with the image from this cam that, last week, I decided to swap the Vivotek out for another Hikvision. I am really pleased I did as I am now really happy with all three camera angles and footage in this box.

I become quite obsessed with getting it just right as, once they settle in there, I can’t fiddle with them any more.

This week’s footage is the best I have achieved so far and, with the owls showing all the right signals that they are going to nest again, I am getting very excited for the 2019 breeding season! 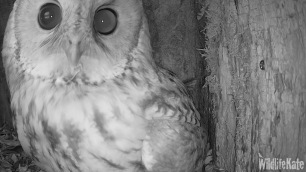 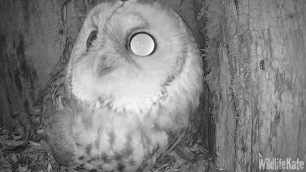 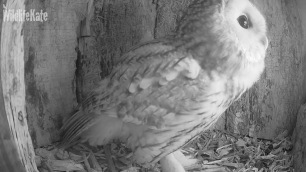 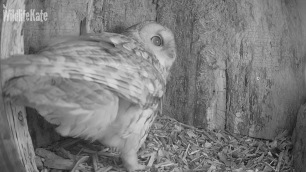 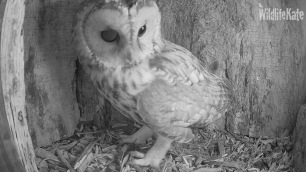 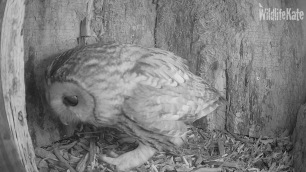 With the audio now sorted, it is fantastic to hear their calls…

Over the last week, the have started ‘paddling’ with their feet in the box. I line the box with a deep layer of rough wood chipping and they like totes it and hollow out a small depression. This paddling is a very good indication of intention to breed here….

This footage is from the second, newly installed Hikvision. I have focused the camera about half way across the box. This cam is a bit closer into the box, giving a really close up on the owl. She will nest in the far corner, so hopefully any owlet action will be perfectly captured!

Thank goodness, the pair seem intent on using this box for breeding, but they are visiting the other two boxes as well. They are using the Owl Mansion and the eco-box (made of recycled materials) as day roosts…

We have not had much badger action recently. Neither of the setts on site are being used, but the badgers are coming through the site…

The lack of badger occupation has meant that I have seen more species around these sett entrances…. the buzzard landed her last week…

The mink has also been in and out a few times…. 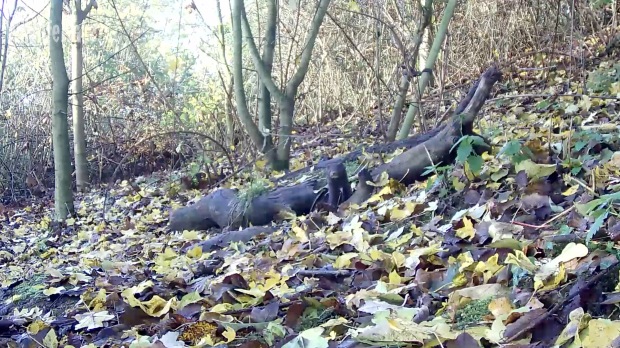 Lots of pheasants around…

We occasionally have muntjac coming on site… brave with so many dogs on site!

Another mustelid I have captured this week has been the stoat! This individual was captured numerous times in this location. I am going to set up the Bushnell here. Watch the clip below to see the stoat being chased out by a rat!

I can’t wait to see what we capture next week!

One thought on “Marvellous Mustelids and Tawny Updates”