Last week, I mentioned on my blog, that I had set my DSLR camera trap up on the kingfisher post at Yew View. This post is on the wildlife pond on site and there is one post that the kingfishers regularly use. This seemed the perfect opportunity to try out the new Camtraptions sensor. Wired straight to my DSLR, the sensor triggers the camera when something breaks the beam. Sounds easy eh?? The principle and the set-up is certainly pretty straight forward, but getting it all working exactly as you want takes some time… and some experimentation!

As I am only on site once a week, I did my best to get it set up and triggering in the right position, but then had to leave the set up for a week, hoping I had got it right!

As you can imagine, as soon as I got to Yew View this week, I went straight to the camera to see if it had all worked! Over 900 images……. but lots of empty posts…. but there were certainly some images! I was pretty excited and could not wait to get home to upload them properly and have a look. Out of over 900 shots, about 100 actually had a kingfisher in shot. The issue with this kind of set up is that the area has very varying light conditions. Early in the morning is when the light is best. The sun is on the perch and the background is in shade. As the sun rises, there are times when the post is in shade, but the background will be in sun. To try to accommodate this, I put the camera on AV mode, setting it at f6.3. The camera would then adjust the shutter speed. I hoped the light would be sufficient to achieve a decent speed. I set the focus on manual, as I knew exactly where the kingfisher would land and I did not want the camera focusing on the background foliage.

As I uploaded the shots it was as I expected… some lovely light early morning, meaning the kingfisher was pretty well exposed and a decent shutter speed. Some shots were lovely, but the lighter background meant that the kingfisher is a little dark in the frame. I did some adjustments in Lightroom to achieve the best I could from the shots I liked.

On the whole, I am pretty pleased with my first attempts!  My main concern was that the kingfisher would be disturbed by the sound of the shutter, but that does not seem to be the case. There is so much scope at the wildlife pond here! This is just the beginning…. watch this space as I will be trying lots of different things over the Autumn and Winter! 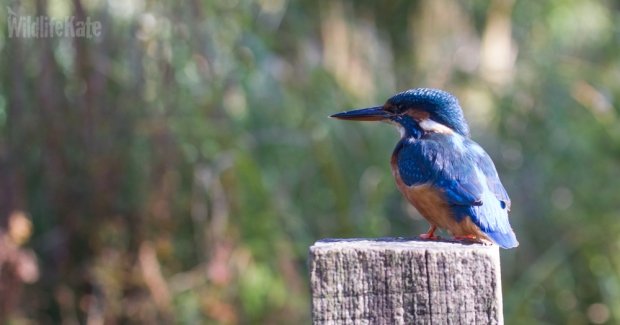 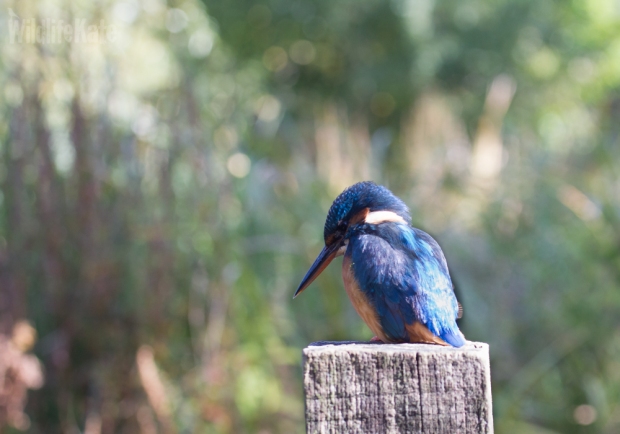 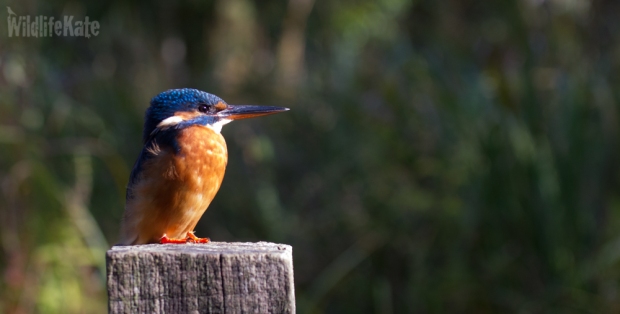 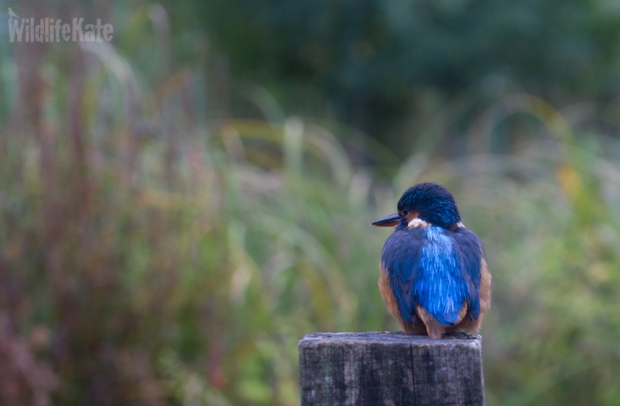 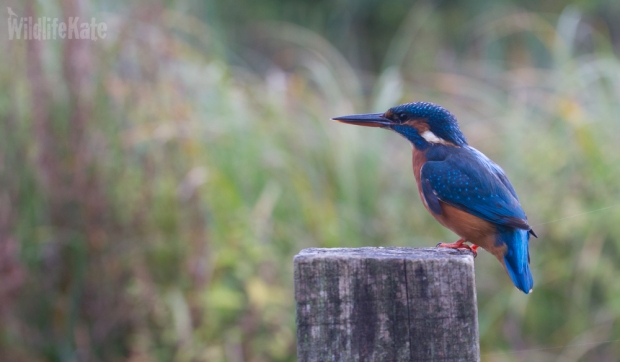