An early start and we headed to the ferry from Unst to head to Fetlar.

Fetlar is known as the “Garden of Shetland” due to it being by far the greenest of all the islands. The name Fetlar is reputed to originate from the Viking term “Fat Land”, strengthening the island’s claim to be a fertile area suitable for crops. The island also is home to a diverse range of flora, fauna and wildlife, and around two thirds of the island is designated in some form, whether as a Site of Special Scientific Interest (SSSi), a Special Area of Conservation (SAC) or as an RSPB Bird Reserve Fetlar has for long been an island renowned amongst ornithologists and naturalists. Not only is it Britain’s premier site for the beautiful red-necked phalarope – boasting over half of the country’s breeding population, but it attracts many other species such as whimberel, curlew, arctic skua, ringed plover, eider, red-throated diver and many more.

Stopping at a small bay, before heading toward Loch of Funzie, we were delighted to be able to watch a ringed plover with her chicks. Perfectly camouflaged, these tiny chicks were scurrying amongst the shingle, only visible when they moved!

An eider , with 4 ducklings drifted  along the shoreline and red-throated divers voiced their haunting calls out on the open water. With the sun shining, it was a beautiful scene… 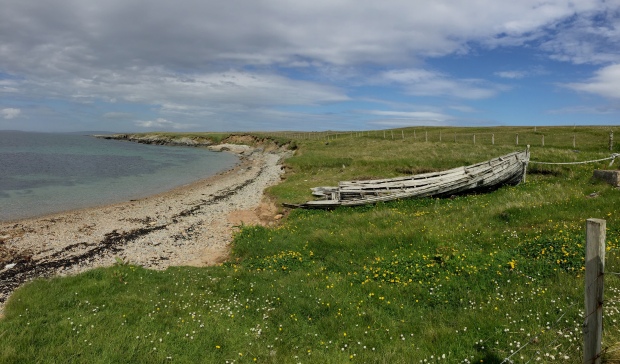 Heading up to Loch of Funzie and the hide, we stopped numerous times to watch whimberel and curlew feeding in the fields before stopping to view a series of pools, scouring them for the elusive phalarope! We captured our first view from the road and were able to see fit through the scope. Searching the loch sides on Funzie, we couldn’t see any there so split the group, with half of us heading down to the small hide. Here we had great views of snipe drumming and calling and appearing quite close to the hide. 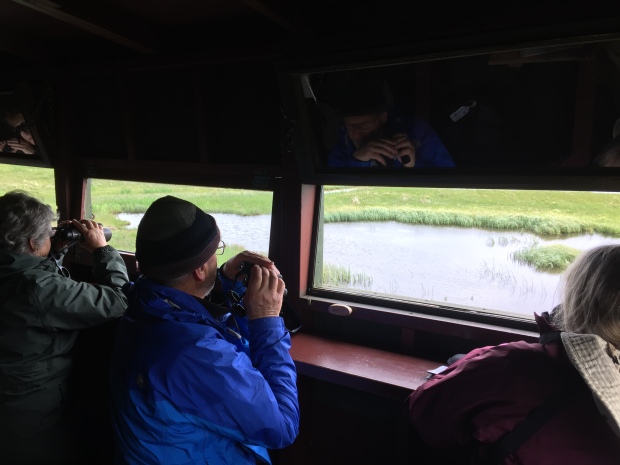 Suddenly Richard, who was guiding a photographer’s group, appeared telling us a phalarope was on Loch of Funzie. We raced up there and were treated to great views of one roosting on the rocks on the edge of the water. Again, its amazing camouflage made it almost impossible to spot! 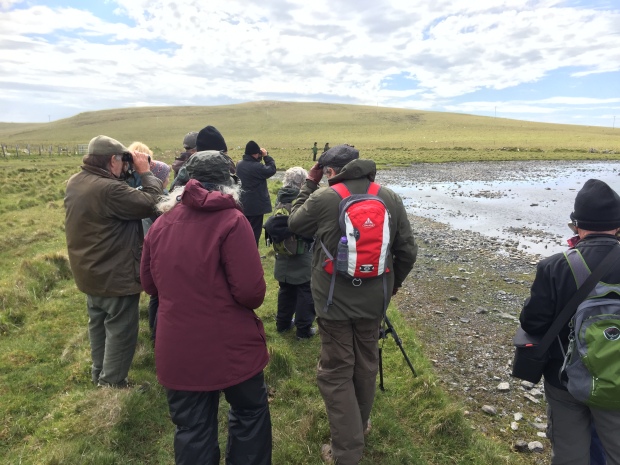 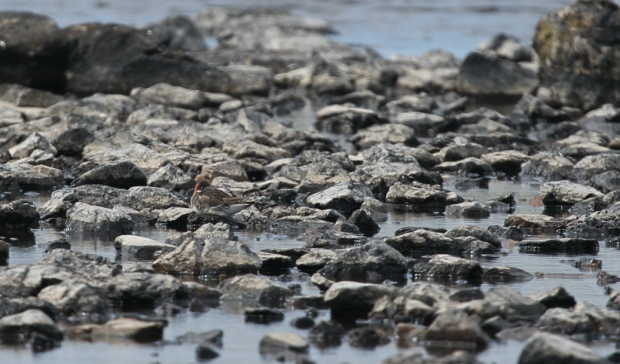 We were all really pleased to have seen this rare little wader and we headed up to the airstrip where we had lovely views of arctic skua and golden plover.

After a lovely day exploring the island, we headed back to Unst, stopping  at Haroldswick pool and the bay opposite. Suddenly Suzanne, one of our group spotted something in the reeds on the pool. We couldn’t believe it….. there was a female phalarope… much closer than before! We all crept down into the long vegetation and were treated to superb views! 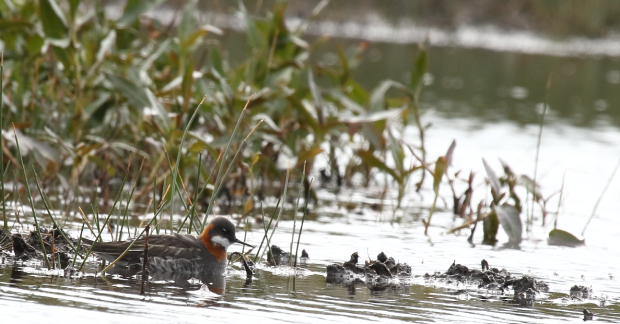 These dainty little waders are particularly interesting as  they exhibit sexual role reversal. The smaller, duller males perform the incubating and chick-rearing duties, while the brightly coloured females are left free to try to find a second mate.

A great end to the day, we headed back to the hotel with more species to add to the growing list!