We had a fantastic day filming with BBC Countryfile this week at Yew View. I love sharing the amazing wildlife we are discovering there, so when Countryfile contacted me, as they were filming a show based in  and around Worcestershire, I was delighted to welcome them to the site. Last week there was a recce visit, to look around, see the potential and to discuss possible angles for the piece, then this week a day was put aside for filming.

I don’t want to give too much away about the content of the show, but the lovely Ellie Harrison joined me, along with Simon, the director, Charlotte, the researcher and the rest of the film crew for a day of filming. After a foul day on Wednesday, the weather held for us and the river ceased its creeping progression up the garden again!

I was able to show Ellie around Yew View and I even got her working , helping me out with some of the projects I am doing on site.

With the badgers showing a real interest in our new sett, Ellie was keen to see the set up and it will be great for all my followers who have seen the progression of this project, to see film of it! 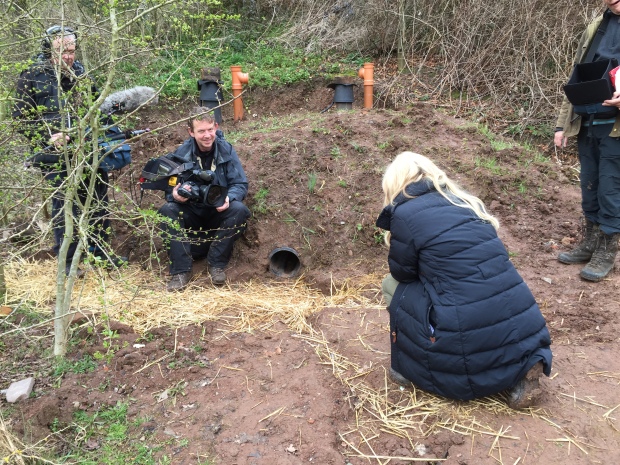 To find out more about what and where we filmed, you will have to wait until Easter Sunday when our piece will be aired!

Ellie and the whole Countryfile filming crew, who came for the day, were wonderful and we had great fun … I just can’t wait to see how it all comes together! I am in awe of the  immense amount of work that goes into bringing the show to our TVs each week. There is an tremendous amount of research, recce visits, planning, filming, editing and compiling…. something we do not really think about as we settle down in front of the TV on a Sunday evening! 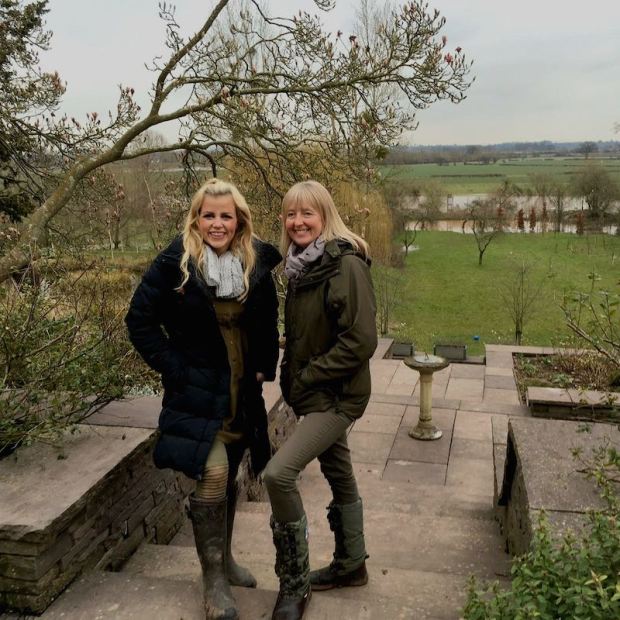 So, set your reminders for Easter Sunday and I look forward to sharing Yew View with viewers across the country!

← A Frog for Breakfast!
A Real Feeling of Spring… →